Let's say our big thanks to all the following platform, framework, scripts, and hosting for making our FREE Ghostion Ghost theme available to you!

Today's algorithms (e.g., image/video processing, hyperspectral sensor data, ...) require huge amounts of data. For many algorithms, a good computational performance is indispensable for use in practical applications. These applications are often targeted toward a big diversity of devices, such as desktop PCs, tablets, smartphones, mini PCs.

To reach a good computational performance, modern GPUs bring speedups of 10x-200x for highly parallel processing tasks, but one main disadvantage is the difficulty of programming: not only does (properly) programming a GPU require an extensive in-depth knowledge of the details of a GPU, the development efforts are usually high, which causes GPUs not easily to be used for research purposes, e.g., for devising and testing of new algorithms. Then, when CPUs and GPUs of different types and models are combined, the development and debugging complexity level further increases.

One of our concerns is that training a developer (in academia, sometimes a.k.a. "Ph.D. student") to learn CUDA/OpenCL or related environments will easily take 1 year of effort, time that cannot be used for other, more useful tasks (e.g., research, algorithm design). Moreover, the code cannot easily be shared with other people (this also requires a learning process). There exists some shortcuts, like using GPU libraries, but these do not offer full flexibility and in many cases GPU kernels need to be written manually, resulting again in the previously mentioned shortcomings.

Quasar is a novel development environment aiming at bringing a solution to the above problem by: 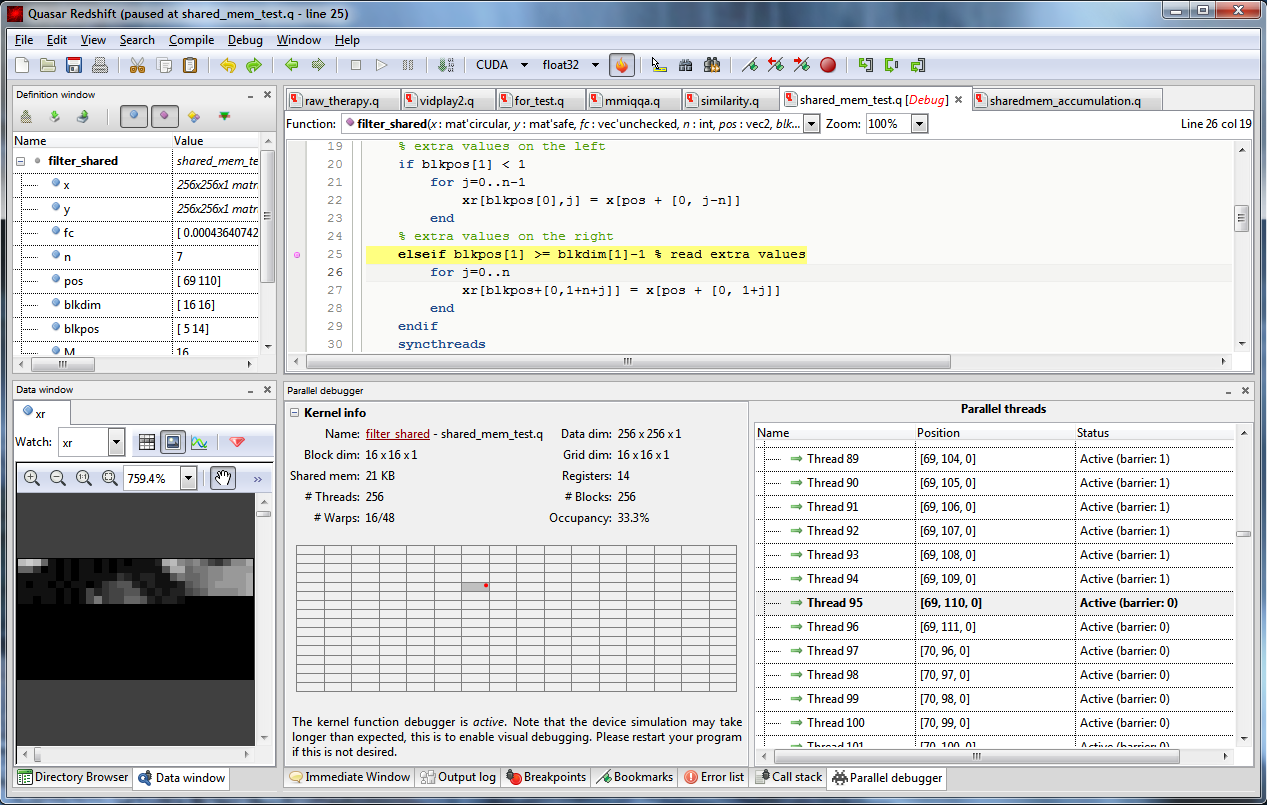 Screenshot of the Quasar Redshift IDE

Some notable features are:

Quasar is available for testing on request (goto try quasar).

A list of my current thesis topics (available and chosen) is available here. Students of Ghent University interested in a thesis related to Quasar or its applications may also contact me directly.